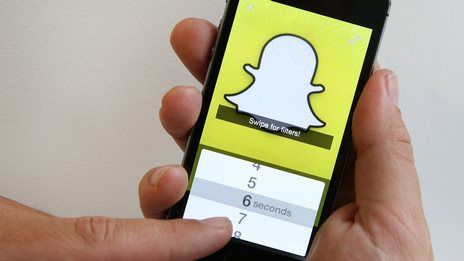 Snapcash from Snapchat, a new dimension of mobile payments

Snapchat. An increasingly popular instant messaging service that has gathered a crowd of users for whom messages that are visible only seconds after opening have proven to be a friendlier solution than text messages or traditional messaging services. Now Snapchat has gone to an even higher level.

Users have been given the Snapcash function, a tool that will allow them not to exchange messages with other users, but… money.
Snapcash is a Snapchat product created in partnership with Square, a mobile payment company for a much longer period of time. It was inspired by Sqaure Cash, a solution for sending instant money transfers based on an entered phone number or email address. This is enough to get the money into the addressee’s account.
Sanpcash seems almost a twin app, except that instead of installing Square Cash on your smartphone, install Snapchat and link it to your debit card. As the developers assure, this solution is “fast, fun and incredibly simple”. After entering debit card details (Square is responsible for protecting our money as well as the money transfer itself), all you have to do in the Snapchat app is select the person and enter the amount, starting with a dollar sign.

At the press of a button, money lands in a friend’s account.
The main idea behind Snapcash is primarily to exchange money between friends. All through the same application through which they communicate on a daily basis. Instead of incurring small debts or agonizing over spending and deploying money or making standard transfers through a bank account, you can now transfer money easily and quickly, eliminating the problem of dropping off a pizza or a jointly bought birthday gift.
For now, Snapcash is available to adult Snapcahta users in the United States.
Noteworthy is also an unconventional, musical advertisement for a new product from under the banner of Snapchat: