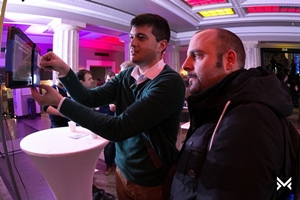 Technology close to the people – report from Mobile Central Europe 2022

The three-day event closed with a panel on cooperation between developers and designers of mobile applications – one of the main thematic threads of MCE 2022. The goal of cooperation is mobile technologies that fit into our daily lives as much as possible – even more useful, even closer to the ordinary user.

The conference part of the event was traditionally preceded by MCE Jitter, a full-day workshop session for enthusiasts of technogadget design and programming. Participants were able to explore the Internet of Things, m.in. with a light bulb in a “smart” socket, controlled by a phone with access to wi-fi and bluetooth, so also when you are away from home. Robotics fans have built a physical robotic device controlled by Android
and microcontrollers. A phone game was also created based on the Sensor Tags activity. These state-of-the-art devices read tilt, acceleration, temperature, pressure and many other parameters.

Jitter concluded with two discussion meetings led by design specialists in User Experience and User Interface m.in. via Scott Goodson of Facebook. During these sessions, participants’ applications were discussed, pointing out their weaknesses and strengths.
“MCE Jitter is a celebration of all enthusiasts of future technology design and programming. It is through such creative meetings and group experiences that the best mobile solutions are created. What matters in this industry is constant inspiration and the desire to grow.

Mobile Central Europe, becoming more and more of an international event every year, open to a variety of issues, perfectly fits these needs.” – said Scott Goodson, MCE 2022 expert, who traveled all the way from San Francisco for the conference.
This year, for the first time, the lectures at Mobile Central Europe were held simultaneously in four rooms of Warsaw’s Kinoteka movie theater. The conference had two simultaneous openings, with experts from Canada and the United States speaking first. Mladen Barbaric of Pearl Studios in Montreal outlined the goal of the technology of the future – to say the most and the fastest with the fewest characters, simplifying design and use as much as possible. How to do it? The success of the mobile industry, according to MCE 2022 experts, lies, among other things, in looking at mobile products in terms of teamwork.

This is what designers and developers know best, and they should collaborate at every stage of app development. The mobile industry is much more interdisciplinary than it might seem on the surface. Being as close to the user as possible also means knowing how to prepare an app that responds to commands so quickly that you don’t worry for a moment if it has just stopped working.

According to Facebook’s Scott Goodson, this is of great importance, if only to market giants such as Amazon. A 0.1-second delay in their page loading can mean up to a 1 percent drop in sales for a company.

Mobile help for the disabled

An important theme taken up at this year’s conference was “accesibility,” i.e. the accessibility of applications for people with disabilities, especially the blind. The topic developed David Rönnqvist, programmer from Skype, Meeting a high level of interest from the audience. Applications for the blind are not a distant future at all. Rönnqvist gave specific examples of how to put together an application that would work effectively in audio, such as. weather forecast apps. “Blind people don’t make up a large percentage of our users, but that’s not the point.

These are very important and insightful audiences. They are the ones who will be able to truly and fully appreciate the work of designers and developers who make their products especially for them,” Rönnqvist said during his talk at MCE 2022. 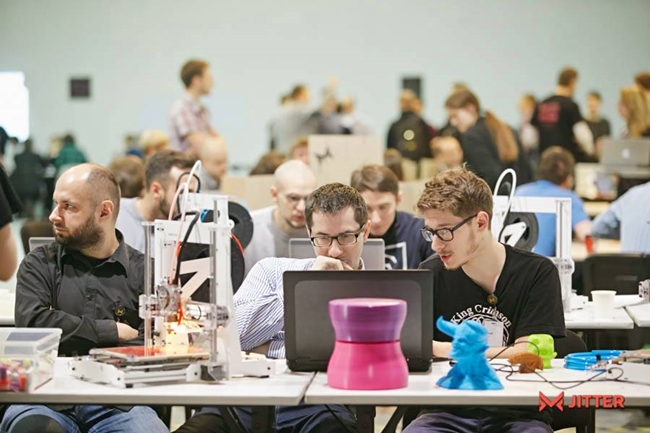 Application accessibility is also a key issue in the context of globalization processes and cross-cultural differences, according to MCE 2022 experts. Companies such as Facebook and Twitter, which operate in many markets, when preparing their products face the challenge of how to adapt their services to different Internet speeds depending on the country, also taking into account the type of devices on which it is used (e.g. old or low-budget cell phone models). On the other hand, citizens of developed countries are experiencing an over-saturation with the multitude of technological gadgets.

The answer to this need is “calm technology” (calm technology), a concept according to which, you should make products that help rather than hinder people in their daily functioning.
“Mobile Central Europe experts open Polish specialists’ eyes to global problems that also affect us. The conference gives birth to ideas for start-ups that may soon live to see implementation on our home ground,” she said Magdalena Zadara, mobile application designer and organizer of MCE 2022. 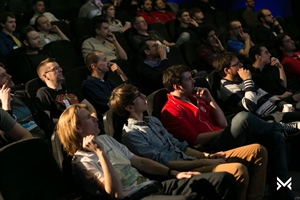 An additional highlight of this year’s conference was the virtual layer. The networking game, exchange of contacts, evaluation of the quality of the lectures and other functions were integrated into one coherent system, accessible via proximity badges. Just by bringing a card close to the board and taking a picture together via the Polidea Connect photo booth, you could learn about another participant’s interests and exchange a pack of contacts with them.
“MCE 2022 seeks not only to impart theoretical knowledge at the intersection of design and programming, but also to implement it itself. Attendees heard a lot of practical tips, including on mobile security, which is an extremely important topic at this conference. They can apply this knowledge today in their workplaces. The next conference will be even more interesting.

What we will talk about? Certainly about solutions that perfectly complement humans, but do not replace them. It all depends on what happens in the mobile industry in the next year.” – he said Jaroslaw Potiuk, chief organizer of MCE 2022 and CTO at Polidea.