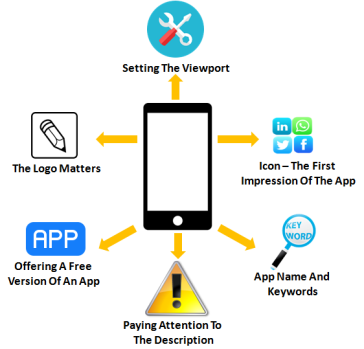 How to retain the user, or looking for the key to app success

The fight for mobile app user fidelity is one of the fiercest battles that app developers have come to fight. At the same time, the aspects that determine user fidelity are one of the biggest mobile conundrums. No one has yet found the recipe for the perfect app that no one will ever uninstall.

However, there are some tips and tools that will help app developers keep users with them.
The path of an app from developer to user is, despite appearances, quite long. First the app waits for store approval, then downloaded – the first, hundredth, thousandth time to gain popularity. And that’s still not all.

A significant percentage of applications are uninstalled right after the first launch. Let’s face it – we ourselves open only a few apps every day, the rest are waiting for a “special occasion” or languishing on the smartphone due to our laziness.
Reason dictates that the key to an app’s success lies in making users want to open a given app every day, several times a day, and ideally, simply never want to close it. A dream, true? We will not give you a recipe on how to fulfill it, but at least we will try to point out some solutions that will increase the chances of the application to become a favorite of users.

And once your app becomes a favorite, it will entail monetization and long-term user loyalty.
So how to get down to the problem of retention – “retention” of the application on the recipient’s smartphone? How to make your app a user’s best friend and make them stay loyal to it? Here are 5 steps that will increase your app’s chances of success.

All tools were created to make our lives easier, so it is worth using them. Tools such as Flurry or Google Analytics will allow you to analyze data and, as a result, notice certain patterns of user behavior inside your app. This will allow you to observe which options are most successful and which are misfires, causing users to leave the app. You can also use RFM (Recency, Frequency, Monetary) analysis to answer questions like:

Knowing the answers to these questions will allow you to get to know the user and their needs better, and thus also allow you to stay ahead of the competition.
It is worth testing tools that analyze data in different ways. Another one provided by e.g. Appsee, allows you to literally track a user’s activities in the app on a video recording basis. This will allow you to work effectively on content, UX and UI.

Tactile heatmaps follow a similar principle, indicating the most frequently touched elements of an application.

It’s worth ensuring that your app allows the user to easily and quickly submit feedback, which often conveys more valuable information than the fanciest analytical tools. In addition, users who can send in their thoughts and insights about the product feel more strongly connected to it, making the product itself closer to them.

Once you’ve gained a steady circle of loyal users, you can get an even better idea of their reaction and opinion regarding the new features introduced in the app. The more engaged the user is with the product, the longer they will be loyal to it. Each such user is at a premium.

You can reward this cooperation by offering additional free options to premium users, provide them with unique content or engage them through CTA (call to action) on social media.

The most important aspect of the mobile experience is that it is a highly personalized experience. Therefore, all promotional campaigns in mobile should strictly hit the individual interests and needs of the user. There is no room in mobile for mass mailings and ads, sending the same content to millions of users, as is often the case with desktop promotion.

Mobile is not desktop, and therefore the content sent through these channels not only should, but must, be different from each other. By getting to know how users behave inside the app, you get to know the users themselves, and this should be exploited. This will allow you not only to collect valuable feedback, but also to send the best possible messages tailored to the individual user, adapted also to the medium of mobile.

So, the content should be short, condensed and as well adapted to the mobile user as possible.