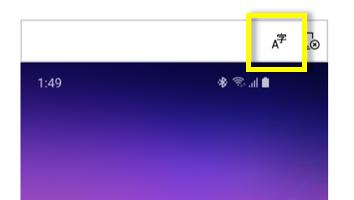 This time we present you the first mini-conversation with a foreign speaker! Our question was answered by Steven Hoober, a prominent UX specialist who will be flying in for the Mobile Trends Conference straight from the United States.
Grzegorz Kozubowski: What do you think is better – mobile sites or Responsive Web Design? Why?
Steven Hoober: Neither. This choice is too much of a tactical affair and thus misses the key issue of presenting the right information so users can achieve their goals. “Adaptive” (ang. Adaptive) is the best term I’ve found for a collection that encompasses a wide variety of technologies and techniques that can result in a site that displays correctly on multiple devices.

With that said, structure and content are at least as important to design as the interface itself.
From what I will say now, all fans of RWD (which is part of adaptive design) will be happy: “seamless” page layout is always a good thing. The design in any case, should be flexible enough to work and look good on any device.
Which system do you think is best: Android, iOS or maybe Windows Phone? Why?
Again, I have to say that none of them. You have to create for the kind of systems users want to use. BlackBerry, and even Symbian, are still major players in some niches. In some emerging markets and in a certain group of users in the First World, most people are still using so-called “first-world” systems. feature phones (i.e., phones with enhanced features, but not smartphones – przyp. red.), so it is important to also create services via SMS to reach this group.

In India, people are making fortunes monetizing SMS services, on a similar basis to what we do with websites and apps.
Of all the systems, I do the most projects on Android. Not because of private preferences, but because customers have the data and know what system their users are working with. A large portion of my clients also encounter engagement statistics that fall short of most established opinions. It shows that Android users are at least as engaged (using and buying) as those using iOS, and in some markets even much more so.

Android also seems to create more opportunities to use the device’s native features and, for example, connect via Bluetooth, which fits better with the upcoming trend of the “internet of things”.
At the very end, please summarize for us what your speech will be about in USA, during Mobile Trends Conference 2021.
I mainly work with companies that do not have a team responsible for User Experience. They want to improve their products in this area, but have absolutely no idea how to go about it. I have a feeling that people have learned the value of User Experience and most app developers realize that action in this matter is a must.

So instead of telling you why it’s important to create great UX, I’ve gathered some useful tactics and principles. Hopefully, everyone will be able to translate these into practice and begin to better understand their users and see how to design more forward-thinking and audience-centered, as well as how to do basic testing to accurately diagnose their problems.

Steven Hoober can be described as a mobile industry strategist, architect and interaction designer. His company, 4ourth Mobile, helps large companies, mobile service providers and startups understand how to use mobile technologies so that they are user-friendly and help the company grow. He has been working in the mobile industry since 1999 and has managed to learn every aspect of it – from the earliest app stores and the first version of Google’s search engine, to mobile browsers and sites like Weather.com or applications for large companies such as Hallmark, US Bank or Cummins.

Steven is also a co-author of the book “Designing Mobile Interfaces” published by O’Reilly, manages a repository on mobile design and information development on the 4ourth Mobile Patterns Wiki, and has his own column dedicated to mobile in UX Matters magazine, publishing in other journals as well.

Grzegorz Kozubowski: What, in your opinion, is better: mobile websites or Responsive Web Design? Why?
Steven Hoober: Neither. These choices are basically too tactical and miss the point, which is serving the right information so the user can accomplish their goals. Adaptive is the best single term I have found, and encompasses a range of technologies and techniques, which might end up with multiple sites, but designed as one and fed from a single content repository.

Structure and content are at least as important to design for as the interface.
And for all the RWD fans, that’s still a part of adaptive design, in the same way fluid design has always been a good idea. Within a single range, the design should be flexible enough to work well and look good on the whole range of devices.
Which operational system, in your opinion, is the best? Android, iOS or maybe Windows Phone?
Again, I have to say none of them. You have to build for what users want and use. Blackberry, and even Symbian are still major players in some markets.

In some developing markets, or for certain types of users in the First World, most people use featurephones, so it’s important to build services over SMS to get to them. In India, people are getting rich by monetizing SMS services like we do with the Web and apps.
I do more projects first on Android than anything. Not because of personal preference, but because clients have the data and know what their users are working with. Almost all of my clients also see engagement numbers that don’t meet the general narrative.

Android users are at least as engaged (use and buy) as iOS users, and in some markets or industries are much more engaged. Android also seems generally more able to use device features, and do things like connect over Bluetooth, enabling the coming trend of the Internet of Things better.
And, lastly, please tell me briefly about the subject of your lecture during Mobile Trends Conference 2021.
I work mostly with people who have no User Experience team, and a desire to improve their products but no idea how to go about it. We’ve turned that corner, and most seem to understand it’s a need now, so instead of telling you why it’s important to create great experiences, I have assembled some tactics and principles. My hope is that anyone can apply them, and start to understand their users, understand how to design in more future-proof, user-centric ways, and do the most basic testing to find out where their problems are.