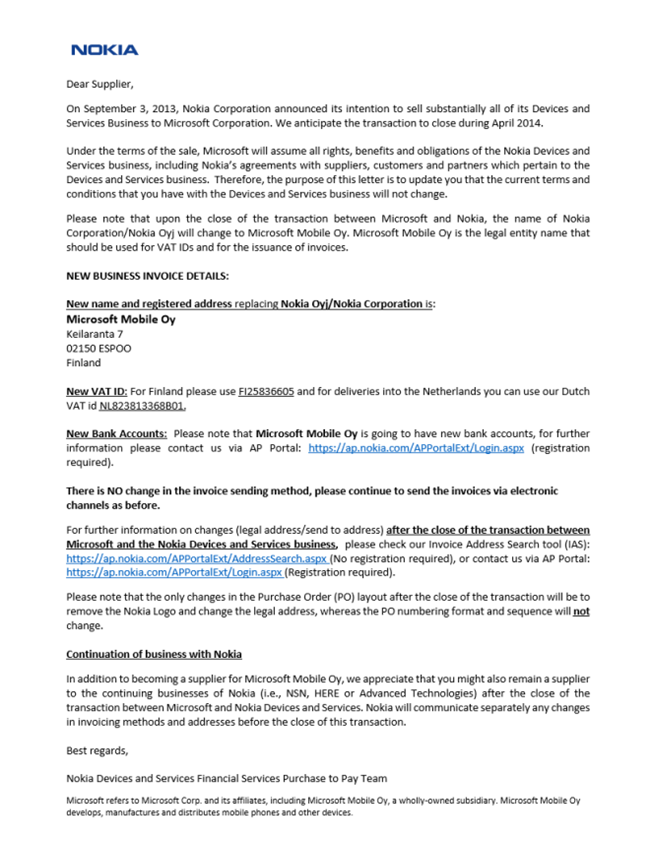 Nokia will change its name to Microsoft Mobile

The sale of Nokia to Microsoft is expected to be finalized later this month. Nokia devices may disappear from the market before the end of the year. Nokia's phone division is indeed to be renamed Microsoft Mobile.
News of the name change was sent to Nokia suppliers. Despite the official change, it is possible that Nokia devices will not change their logo after all. The brand has long worked for the trust of customers and is positively associated by many of them.

After all, it is Nokia's devices that have contributed enormously to the spread and promotion of the Windows Phone operating system.
Microsoft's acquisition of Nokia is all about broadening Microsoft's horizons and showing not only its software face, but also its hardware face. Rebranding is bound to happen sooner or later, the question is – when.
Even though the new phones will be called Microsoft Mobile instead of Nokia, the Nokia name will not disappear completely from the market. It should be remembered that Microsoft bought only part of the concern. Microsoft's hands will include employees, technical support, design, manufacturing and marketing, but the HERE Maps unit and a portofio of patents will remain with Nokia (although Microsoft will pay a license for those patents).
As we wrote in March, Microsoft's acquisition of Nokia has been approved by the European Commission and US authorities authorized to do so. It took much longer to get approval from China, but here too Microsoft lived to see approval.
Microsoft's official letter to existing Nokia suppliers can be found below: