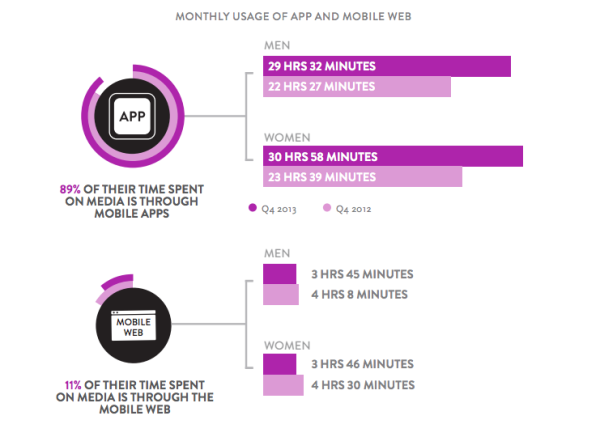 Nielsen report: 90% of online time on smartphones is spent on apps

Media accompanies us permanently in everyday life. We use multiple platforms and multiple screens. Nielsen, in preparing its latest report, has just focused on studying the use of different media platforms.
TVs still win when it comes to the amount of time spent in front of a medium. On their heels, however, are being trampled by smartphones. It is worth remembering the phenomenon of multiscreening – nowadays, while watching TV, we are increasingly accompanied by a smartphone display as a second screen train.

It turns out that 89% of the time spent on a smartphone connected to the Internet is spent using mobile applications. 11% of being online while using a phone is mobile browsing. Nielsen also examined gender relationships. It turns out that both women and men spend a similar amount of time using the Internet on their smartphones.

However, in terms of tablet usage, women use them on average 5 hours more per month than men. Slightly more than 80% of the time spent using tablets is spent on apps, and the remaining 19% is spent on websites.
Monthly, both women and men spend approx. 30 hours using mobile apps on smartphones and less than 4 hours surfing mobile websites. In the case of tablets, a greater disparity is already apparent. Monthly, women spend nearly 28 hours using mobile apps on tablets.

In men, the result is nearly 23 hours. Mobile browsing on these devices is 6.5h for women and 4h for men, respectively.
So it turns out that the tablet has more female supporters than male followers. Smartphones, on the other hand, are a "unisex" device, popular with both genders. Tablet manufacturers can capitalize on this potential by trying to further tailor their hardware to women's needs and requirements, taking care, for example, to. o greater diversity in design. 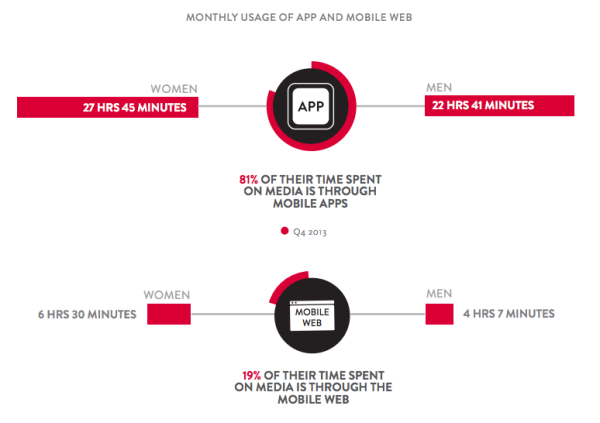