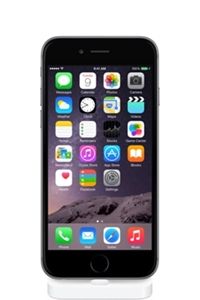 A month ago, Google announced the release of the first Android Wear update, which at this point has appeared on most smartwatches running on the system. Now it's time to update its system for wearables – upgrading to Watch 1.0.1. The update does not bring any new features, but rather improvements to existing functionality and overall performance of the Apple Watch.

The company has also introduced a new docking station for iPhones’with a Lightning connector (from model 5 upward) to stores.
The update primarily brings improvements over the first version of the system. Bug fixes and performance improvements some of the functions and applications of the smartwatch, m.in. Siri assistant. With the update also third-party apps, that have so far worked very reluctantly on watches and slowly.
The range of physical activity measurements has also been clarified. Improved performance for measurements measured during rowing or spin classes. Apple Watch will also more accurately measure distance and the pace of distances walked (or run).

Thanks to the update, new Emoji will be supported Added to iOS and OS X. Also updated List of supported languages, expanding it m.in. with the addition of Brazilian Portuguese, Danish, Dutch, Swedish, Russian, Thai and Turkish.
The update can be installed from the iPhone’a paired with the Apple Watch.