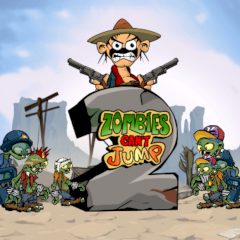 Running is an activity that an increasing number of people have been engaging in over the past few years. The popularization of jogging is part of a broader trend of taking care of one’s health. In the world of mobile technology, the health fad is manifesting itself through the development of mHealth or apps like eFood.

However, runners too will find something for themselves, and one of the more interesting mobile “boosters” is the game Zombies, Run! 3.
Anyone who has tried to run a longer route at least once knows well that it requires a lot of self-denial. Especially difficult are the beginnings, but also regular training requires a lot of enthusiasm. Some people let go rather quickly, and one of the reasons may be simple boredom with this form of activity.

A game that combines the pleasant with the useful

How to remedy the difficulties described above? There are many solutions (involving other people in our workout, listening to music or audiobooks while running, buying a smartwatch, etc.), but it’s not a good idea.), while one suggestion in particular caught our eye. This is about the game Zombies, Run! 3.
The app turns our training into a real fight for survival! The world has succumbed to a zombie apocalypse, and the runner, or player, is forced to flee from the virtual monsters, as well as collect the resources necessary to rebuild the destroyed civilization. During a workout, the app records all the usual stats (route traveled, calories burned, distance and time), but also counts the zombies we escaped or the type of resources (medical supplies, batteries or ammunition) “collected” during the run. Thanks to them we can build our own city, decide on the type of buildings to be developed.

Along the way, the app plays several-minute stories (120 missions in total to choose from) that bring us closer to the plot of the adventure. In between recordings, we can run our own sound files, such as songs by our favorite band.