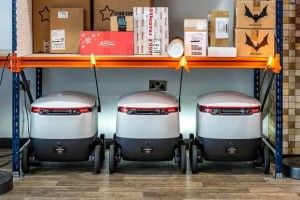 Smart car – the vehicle of tomorrow? Android Auto and autonomous cars getting closer!

Abandon the limits of reason for a moment and imagine your dream car. Of course it is beautiful, fast, but beyond that…? Autonomous? “Smarter” than the driver? On infallible reflexes? Maybe such a model still remains in the dream zone, but there’s no denying that both the technology and automotive industries have joined ranks to work together on a car as close as possible to such a dream object.

We will still have to wait for thinking cars, but we may soon find a smart car in our garage.

Google has made the Android Auto APIs available to developers – the first opportunity for them to start working on the development of Android Auto, initially unveiled in June. This type of Android is focused exclusively on cars and the best possible adaptation of applications known from smartphones and tablets to automotive realities. The main goal is to develop and integrate the apps in such a way that they interact with the car’s dashboard to both make driving easier and more enjoyable.

Applications are not only to be displayed on the dashboard, but also to be controlled eventually by buttons we will find in the car, if only on the steering wheel.
The APIs made available focus on two dimensions of Andoirda Auto: sound i communication. That is, Google is to ensure that users can freely browse all audio, through news, podcasts and music, in the car (and “using” the car, so to speak). The communication dimension, of course, is to make it quick, easy and safe to communicate with others while driving a car.

With it, the driver is to be able to receive notifications, listen to SMS and other messages and send replies by voice.
So far, apps such as: WhatsApp, Pandora, SoundCloud, Spotify, TextMe, Tuneln, Joyride and Stitcher.

Huawei is a company that has not been talked about much (or not at all) in the mobile world for a long time. In fact, probably most of us don’t even remember its existence. And yet Huawei has decided to get heavily involved in the development of autonomous cars (which can certainly be called smart cars, or even something more) and, more specifically, in the infrastructure that will allow their introduction.
The main ally of the introduction of “autonomous” cars turns out to be 5G network, which is expected to guarantee the extraordinarily wide bandwidth that autonomous vehicles will require, to be able to communicate efficiently with other traffic objects. However, there is a risk that even a 5G network will not be sufficient for the data transfers that cars will generate. That’s why there is ongoing work to improve it even more and to find even more perfect solutions.
The introduction of automated cars will certainly cause a massive data load on the network. It is estimated that 44 times more data will be generated in 2020 compared to 2009.
What role Huawei plays in all this? It is taking part in the work of developing 5G networks, but focusing primarily on the problem of lag and minimizing it. According to Huawei, minimal latency is as important as bandwidth in terms of creating smartcars. Focusing on the problem of latency is key, as instant data exchange is necessary for road safety, as even minimal lag – a delay in transmission – can lead to an accident. Ideally, data latency would be 1 millisecond.

Thinking realistically, however, Huawei CEO Eric Xu says the 5G network will succeed if the latency is 3-5 milliseconds. And so this will be a huge improvement over the latency we face in 4G networks, where it is 40-80 milliseconds.
We will certainly still have to wait for driverless cars, but we can already see the first serious activities in this regard. Certainly, we are definitely closer to using Android Auto than to driving a car that basically does not need us – drivers – to drive.