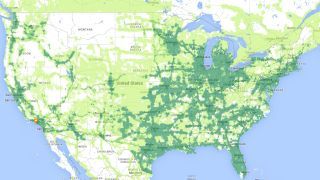 As reported by the Android Police portal, there has been an app leak from Google. It shows that the company may cause a little confusion in the telecom market, at least in the United States. For now, there has only been an unofficial leak of information about the new app, and thus about Google’s new project, which is laboriously named “Project Fi”.

Google is set to expand its business to provide wireless services. For now, however, all the information has the status of rumor and hearsay.

Google is rumored to be expanding its MVNO (carrier services) business. Mobile Virtual Network Operator, or virtual operator). Related to the services is an app called Tycho, which appeared in an unofficial graphic showing the Nexus 6 on Amazon’s website. The application is supposed to be used to manage an account with a telecom operator, as with many other MVNOs or wireless providers. It is to be used to pay bills, give access to billing, change services provided and for similar purposes.

What is innovative, however, are the options that, through the app, allow you to activate a new tariff, change your phone number or buy a new one, terminate services or temporarily stop them. Until now, one usually had to go in person to the operator to do so. Thanks to Google, it may be possible to change such aspects of an operator’s contract via a mobile app.
Google’s new project also has a definite Make it easier to switch between phones. Thanks to Google, the user may be able to forget about the SIM card and the cumbersome exchange between devices. This will be made possible by an application that will take care of automatic call forwarding to another device, should the user feel like changing equipment temporarily.