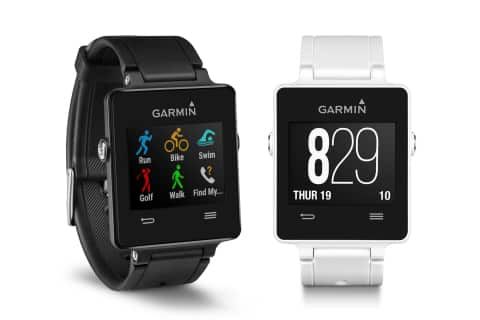 At CES 2022, the American navigation manufacturer unveiled three new smartwatch models. Fenix 3, Epix and Vivoactive, as they are referred to, do not surprise with a low price. However, each of them has specific features that may be desirable to some consumers – especially those who are physically active.

Fenix 3 – expensive, but suitable for almost any conditions

Fenix 3 is a smartwatch aimed at active people. It features a built-in GPS and GLONASS (the Russian equivalent of the GPS system) module and the presence of multiple sensors. In addition to the basic functions of measuring pulse or steps, Garmin’s new watch will measure and provide numerous data related to running, cycling, swimming or even mountain climbing (thanks to a built-in compass, barometer and altimeter).

In a word – fans of most active forms of spending time will find something for themselves here.

What’s more, the LiveTrack platform that Garmin makes available to users of its smartwatches will allow joint workouts with friends. Simply pair two Fenix 3s via Bluetooth and the devices will start exchanging data. It is worth mentioning the high standard of water resistance (to a depth of 50 meters) and efficient battery (according to the manufacturer, the watch will last up to 50 hours in UltraTrac mode, up to 16 hours in training mode and up to six weeks in watch mode) – important for active lovers of new technologies.
The Garmin Fenix 3 is expected to debut on the market in the first quarter of this year. Its buyers will have to shell out $499, while those who want a copy protected by sapphire glass (extremely durable) – will pay $100 more.

Epix – another smartwatch from an American manufacturer. This is a device that is primarily intended to be used for navigation. For this purpose, the manufacturer provides a 1-year subscription to satellite maps (TOPO PRO and TOPO Light regional maps and BirdsEye satellite images).

On the technical layer, there are no surprises. Rectangular display with a diagonal of 1.4 inches and 8 GB of built-in memory (m.in. for maps), GPS/GLONASS module, digital compass, barometer, altimeter and water resistance to a depth of 50 meters. Of course, the manufacturer has taken care of a powerful battery, whose operating time has been set at 16 weeks in watch mode, 24 hours in GPS mode or 50 hours in UltraTrac GPS mode.

Does “wrist navigation” have a chance for greater success? I dare to doubt, while Garmin’s designers have no doubt. All those who would like to purchase this kind of watch should be able to do so as early as this quarter for $549 ($599 – that’s how much the version with a pre-installed topographic map will cost).

Finally, it remains to describe the Vivoactive model. It seems to be a device aimed at the widest group of potential customers, also due to the price. The smartwatch’s square envelope conceals a color display with a resolution of 205 × 148 pixels, as well as a battery whose maximum operating time has been set at three weeks (in GPS mode, the watch will turn off after about 10 hours).

Importantly, the Vivoactive is waterproof to a depth of 50 meters (5 ATM standard). It also has a built-in GPS and GLONASS module.