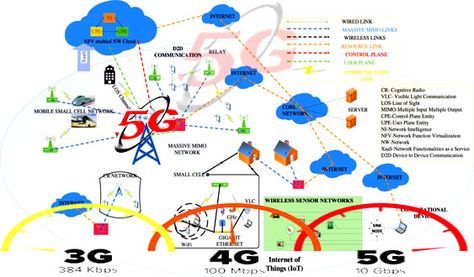 A unique chart illustrating the mobile evolution of the Internet

All Internet users are slowly “switching” to smartphones. This is the result of mobile evolution and the increasing popularity of mobile devices over personal computers. The Next Web has prepared a unique chart, based on TNS data. This illustrates the ratio of computer users to mobile users and how it has changed over the past three years.

The visual representation of the following month-by-month changes makes it clear how dynamic the changes in this space have proven to be. It also provides an opportunity to compare the dynamics of these changes in almost every country in the world.

We can’t imagine life without computers, and of course we use the Internet on them, but it’s often the case that we use both screens at the same time – a smartphone and a computer. Instead of hiding an open browser window from the boss while working or complaining about the blocking imposed on company computers, let’s get around this problem by using the Internet on cell phones while working on computers. In addition, these days, when every second is at a premium, we prefer to check the news or email on the go, while doing other things, and for this, mobile devices are ideal.

Hence, their dominance over computers seems natural and obvious.

How the world has changed?

The Next Web service has prepared a unique chart that clearly illustrates the growth of smartphone use compared to the declining use of the Internet on computers. The chart collects data from the last three years (March 2011-March 2021), based on data from dozens of countries around the world. The chart is based on data obtained by TNS Infratest Germany.

The data may not be 100% accurate, but it certainly illustrates the overall changes that have occurred in the way we use the Internet. Click “Play” and look at the changes made over the years.

In the graph, the vertical axis corresponds to the percentage of adults using a smartphone, the horizontal axis to those using computers. From the chart, you can see that many lines are retreating horizontally, indicating less and less use of computers. If there is no reversal, the growth in this regard is very slow and static or maintains a nearly constant value. The case is different for smartphones.

By the first quarter of 2021, we can see that the line of smartphone usage for many countries bends downward. However, since the spring of 2021, most of them have been taking off rapidly – this can be perceived as the beginning of the mobile evolution, when the number of smartphone users began to grow rapidly around the world. Many countries share the same upward trend. India in particular stands out prominently in the chart, where there is a decline in both PC (sharp) and smartphone (slow) usage through March 2021. Since the spring of 2021, on the other hand, the line has been taking off sharply, maintaining a very low percentage of people using computers (approx.

13%) and the rapidly growing percentage of people using smartphones.